Keith James and the songs of Leonard Cohen

The Songs of Leonard Cohen

These remarkable songs -  stripped back, desolate, naked and sensual

Enigmatic, mysterious and sub textural, songwriter Leonard Cohen was an unflinching character, with an exact sense of prose, wry humour and courage to wrestle with the unspoken, forgiving human frailty with the stroke of each line.

The chilling announcement of Leonard's passing marked the end of an era. His music befriended an entire generation. Within every line of his writing, he has been challenging us to listen more carefully, speak more thoughtfully, think more deeply and recognize our own fragility. A Man of Grace. Our World misses him very much!

With a lifetime reputation of performing in this exact way and an undying love of the ‘pure song’ Keith James gives you a concert of Cohen’s amazing material in the most intimate and sensitive way imaginable, exposing the solitary inner strength of his greatest songs in their original perfect form. Keith has performed an extensive tour of this concert in Theatres and Arts Centres across the UK, giving close to 400 concerts to well over 100,000 people. This has proved to be one of the greatest honours in Keith James’ 40 year career in music. Keith lives in Powys, Wales and Andalucia, Spain

Included in the concert are Cohen’s well known songs: Famous Blue Raincoat, Sisters of Mercy, Suzanne and Hallelujah alongside his rarer and profound writing such as Who by Fire, Joan of Arc and Secret Life. Also included are Keith’s dramatic and absorbing performances based on the work of Federico Garcia Lorca – Cohen’s greatest influence.

Keith has also transcribed into song one of Leonard’s poem All my news from his collection ‘Book of longing’ 2006. This features on Keith’s celebrated new Album MESSAGE FROM THE GODS.

‘Keith James has become a pillar of trust. A sublimely intimate and engaging voice’  Sunday Times

‘a sensitive and pleasingly understated delivery, all the better that the songs might speak for themselves’  Acoustic Magazine 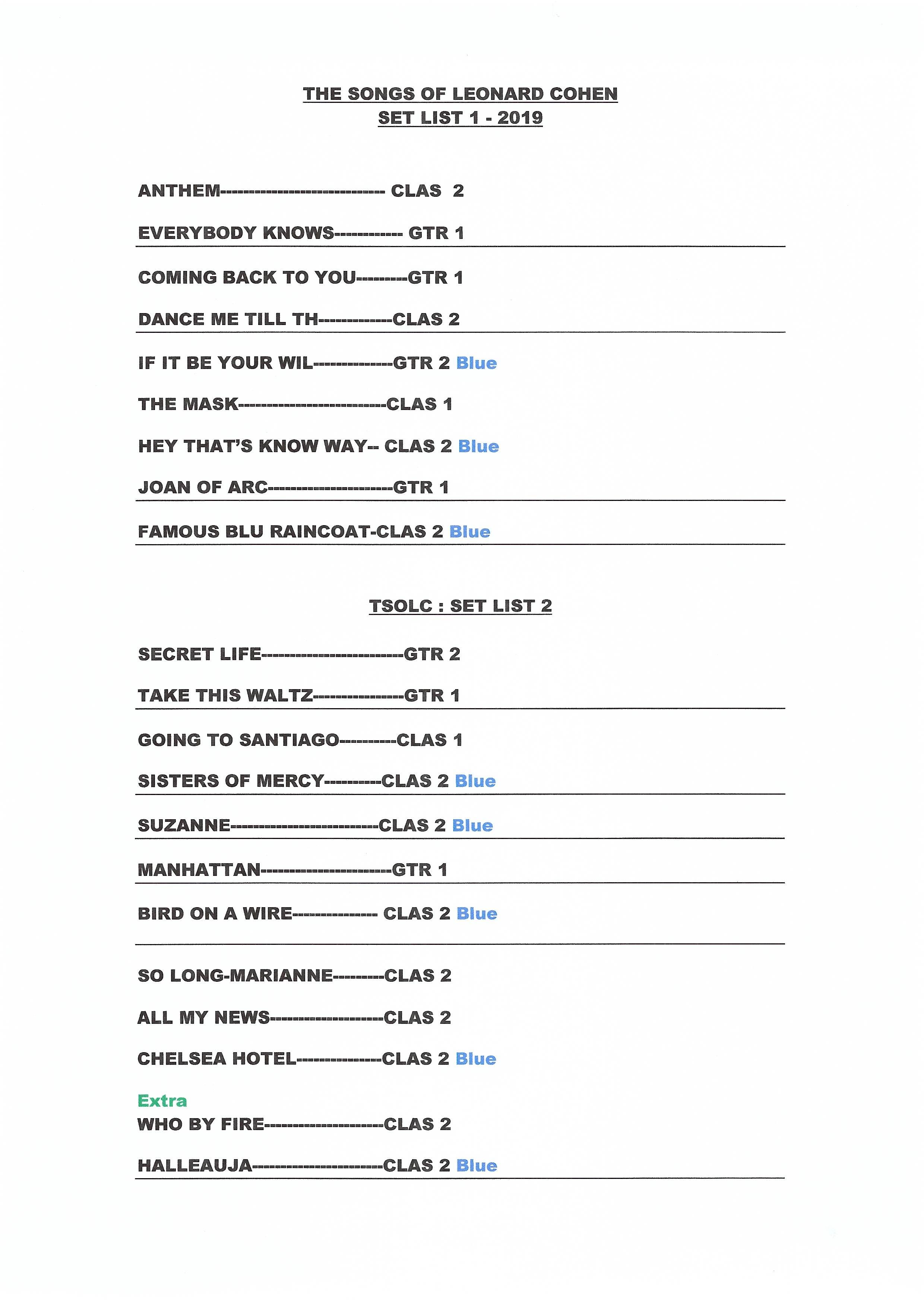